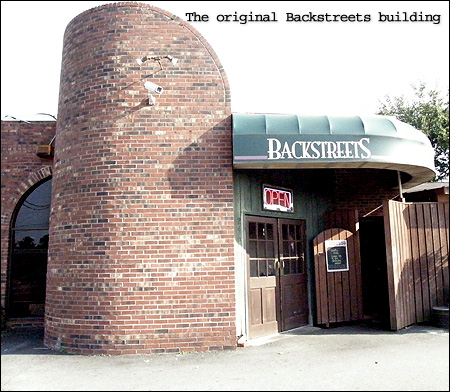 Backstreets Bar and Grill originally opened its doors on Friday, January 26th, 1996, at the former Woodlands BBQ location in Hickory NC. It Quickly became a popular gathering spot where singles and families, old friends and new acquaintances, and fellow employees met for good times. On Tuesday, January 26th, 2010, Backstreets Bar and Grill reopened its doors in the former location of the Viewmont Laundromat, just a few feet over from its original spot.

Still one of the city’s favorite hangouts, Backstreets Bar and Grill is now in a brand new building, thanks to the Lowe’s Foods store. Offering the same diverse menu, including hand-cut steaks, burgers, wings, fresh seafood, pastas and wraps, we have now also added homemade pizzas to our list, baked in a hot stone-fired pizza oven. If you haven’t already done so, come and give us a try! You won’t be disappointed!